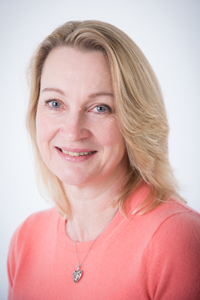 Rachael has been an avid reader since she was little, when childhood books were her gateway to other worlds. At the age of nine, she decided she’d be a writer when she grew up and is so happy, she’s achieved her childhood dream. As a teenager, she discovered Mills and Boon, and became hooked on romance, borrowing just about every copy from her local library after that writing romance was the natural thing to do.

'Category romance is such fun to write – and read!’ Explains Rachael. ‘Who can resist a happy ever after?’

Rachael is continuing to write the glamour and high-octane fantasy of category romance. Bringing to life her strong, feisty heroines who bring powerful, billionaire alpha heroes to their knees, exposing a heart they’d locked away. All this set against the backdrop of glamorous, international settings.

Rachael’s life in Wales, helping out on the family farm, is a far cry from all the glamour of her category romances. She loves exploring the beauty of Wales, which has inspired her to begin writing more down-to-earth romances playing out in the amazing scenery of Wales.

‘The first book is still very much a work in progress, but I’m loving it and look forward to being able to share it with readers.’

A deal to reclaim his wife…
Becomes so much more!

When Athena returns to their marital home in Crete, billionaire Kostas Kyriakou seizes the opportunity to reunite his marriage and have a legitimate heir for the empire he has created from nothing. It’s the only deal he’s prepared to consider. After all, heady passion and hot desire had never been lacking in their short marriage.

Athena has promised her father, who is again battling illness, that she will return to Athens with her estranged husband. Seeing the man she’d loved so completely, and hearing his outrageous demands to have his child, forces her to face all the pain and heartache of losing her mother as a young girl. Time together, acting out a marriage reunited, brings back all that explosive passion, but can they truly share who they are this time and mend the marriage for real?

Latest from my Blog

Writing requires discipline, commitment, energy, and above all, self-belief. So how do you manage to keep all those elements positive, which in turn will keep you moving forward with your writing?ConnectKeep connected with other authors, who are, aft...

Beyond the Happy Ever After

Today my husband and I are celebrating twenty-seven years of marriage. As confetti was thrown at me after our wedding in the local chapel, it was definitely my happy ever after moment. But the story continues...Which got me thinking, how would ...

About thirteen years ago, I had the pleasure of meeting Liz Fielding when she attended an afternoon at my local writing group to talk about writing romance. I’d known since I was nine years old, that I wanted to write and the discovery of Mills...

From One Decade to Another

It's another New Year's Eve and it is as much a time of reflection, as one of excitement and looking forward. Only this year, it's a chance to look back over a decade and welcome another. A whole new set of pages!As 2009 clicked over to 2010, I was s...

From Rachael's Desk - After the First Draft...

Welcome to my brand new monthly post From Rachael's Desk! This month it's all about what to do once you've written your first draft.Congratulations! You’ve written a book and added those magical words ‘the end’ and that achievement ...

New Year at the Boss's Bidding

A Deal Before the Altar