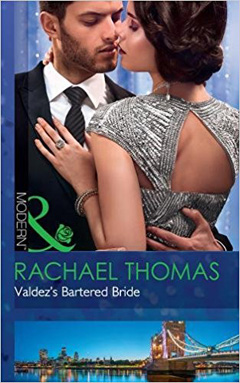 Raul Valdez is shocked to discover he has a half-brother and even more shocked by the terms of his father’s will which stipulate he must track down that half-brother or marry Lydia Carter-Wilson to clear debts owed by her father.
Lydia is unable to comprehend what her father has done or the magnitude of the implications for her. The last thing she wants to do is marry the Spaniard who is calling in her father’s debt, so when she discovers her love of genealogy could get her out of the mess, she strikes her own deal with the banking billionaire. However, neither of them is prepared for the attraction between them to explode so spectacularly.