A Ring To Claim His Legacy

Married For the Italian's Heir

New Year at the Boss's Bidding

Claimed By the Sheikh

A Deal Before the Altar 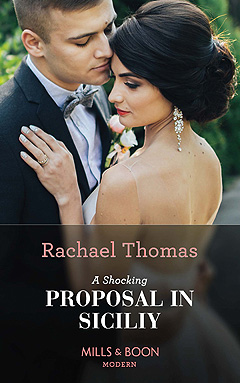 I love a marriage of convenience story. Especially when the hero and heroine have already given into an instant and powerful attraction and that is what came to my mind when Rafe and Kaliana slipped into my imagination.
Rafe Casella needs to marry and produce the next Casella generation, something he’d always assumed his twin brother would do, but circumstances mean that duty now falls to him. Rafe is not the marrying kind, much less the type of man who wants to be a father and settle down and mulling his future over one evening, he meets a beautiful woman, Ana, who instantly takes his mind off the situation.
Princess Kaliana knows she must marry for her kingdom’s sake, but with her heart broken after the tragic death of her fiancé, her father’s choice of husband is not hers. Determined to forget the pressing need to find a husband, she indulges in an uncharacteristic night of pleasure with a handsome Sicilian, who confides in her that he too is being forced to marry for family duty.
Several months later, with time running out, Kaliana tracks Rafe down in Sicily and finally reveals her identity and her proposal of a marriage of convenience. Rafe is stunned to find out the woman he shared one passionate night with is not only a princess, but the key to securing his family’s fortune. He accepts her deal, but very soon the convenience of the proposed marriage becomes exactly the opposite when he realises his icy heart has fallen in love, but can he convince Kaliana of his love? 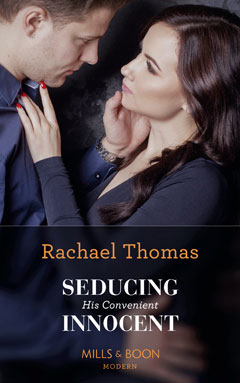 Seducing His Convenient Innocent is a story of a fledgling romance, torn apart by the selfish actions of someone else, then fate intervenes bringing Lysandros and Rio back together, enabling their romance to rekindle into a true and lasting happy ever after.
Rio Armstrong, a concert pianist, falls for Lysandros Drakakis, the sexy, powerful brother of her best friend, Xena. But Rio runs scared from this powerful man and that attraction, until Xena has an accident, which brings Lysandros well and truly back into her life – and her heart.
Lysandros hasn’t stopped thinking about Rio. Or wanting her. When his sister needs her friend’s company at her Greek island home, to recover from the accident, he takes the opportunity to find out why Rio had run out on him. Their romance blossoms into something real and Rio’s revelations strengthen that, leaving Lysandros knowing she is the only woman for him.

Hired to Wear the Sheikh’s Ring 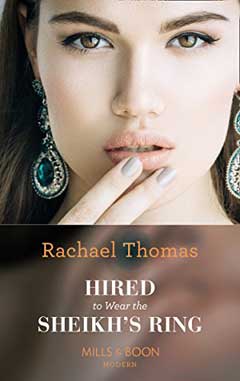 Every story starts with a small nugget of an idea and this one came from a friend, who mentioned that there were women who ran professional bridesmaid services. My friend’s words were ‘there is a story in there somewhere!’ Sure enough there was and Hired to Wear the Sheikh’s Ring is my story from that nugget of an idea.
Tiffany is desperate to help her sister whose husband has left her not only with a young daughter but debts that threaten the home they live in. Tiffany’s savings don’t come anywhere near covering the debt. Then she meets Jafar, at his best friend’s wedding where she has been the bridesmaid and he puts a deal to her that would mean her sister can live worry free.
Jafar needs a wife in order to remain the ruler of his kingdom, but has no intention of entering into the romantic side of a marriage, so when he discovers Tiffany and the business she runs, he strikes a deal with her to be his bride and remain in his kingdom for several months afterwards.
What neither of them expect is the passion which burns on their wedding night, brighter than the desert sun or that the marriage is now much more than just a deal. 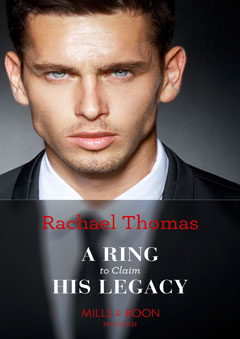 Imogen Fraser arrives on a luxury island to sample the kind of lifestyle she could only dream about. As a representative of a bespoke luxury holiday company, she needs to recommend such lavish destinations to her clients and sampling them first-hand gives her an opportunity to escape the reality of her life.
What she didn’t expect to find while sampling the luxury island resort, was to find a man who would complete the fantasy of her week-long escape from reality. Knowing she must return to that reality, Imogen didn’t want to know anything more than his first name. Marco is so far out of her league and believes she is a pampered socialite which only adds to the romantic escape of her time on the island.
Marco Silviano is the not only the owner of the island, but of a multimillion dollar global business of luxury hotels and resorts. With his father’s health failing, his family are pressuring him to marry and so he arrives on his island undercover to see first-hand how his guests are treated as well as have a timely escape from his family and the secrets being revealed.
Imogen adds Marco’s need to stay in the paradise escape he has created, but their final night together has lasting consequences. Almost five months later, Imogen is confronted with reality of Marco Silviano, the man whose baby she now carries. 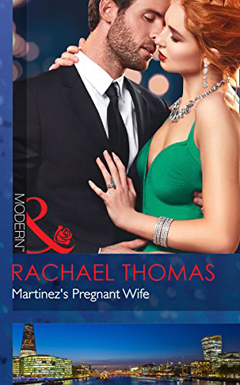 Martinez’s Pregnant Wife is the second book in my Convenient Christmas Brides Duet. Maximiliano Martinez has recently discovered he has a half-brother and on the very day he is to meet him is told by his estranged wife Lisa that their one night of passion has had a lasting legacy. He is to be a father.
Lisa should have walked away from Max and their marriage but something brought her back and now they will forever be linked by the child they created. The secrets from Max’s past mean he insists they remain married for the sake of their baby and as these secrets unfold, so the barriers around his heart finally crumble. But is it too late to save his marriage?