Married for the Italian’s Heir 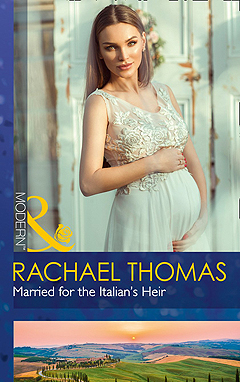 Married for the Italian’s Heir is book two in the Brides for Billionaires mini-series and set against the backdrop of one of the most romantic cities in the world – Rome.
Dante returns arrives at his office one morning, after a late night meeting with three other billionaires, who along with him, have been named and shamed in a shocking media expose as the world’s most debauched bachelors. This dubious title impacts greatly on all their lives and forces them all to make some major changes. When Dante discovers that not only is the gorgeous woman he bedded in London two months ago waiting for him in his office, but that she has some unexpected news, he knows exactly what course of action he will take to salvage his reputation. He will make her his wife and claim his child, but Piper Riley wants more than a cold and heartless deal, she wants nothing less than a happy-ever-after, forcing him to overcome his past.