Published: 30 July 2015
All I can say is New York really does deserve to be named twice! I had the most amazing time

Having arrived on Monday there was time for a bit of sightseeing before the conference got under way and I got to walk in Central Park, which was at the top of my list of things to do. After the crowds in Times Square it was great to be in the calm of the park and with three fabulous friends, Jennifer Hayward, Bella Francis and Chantelle Shaw. Here we all are taking a break from our exploring. 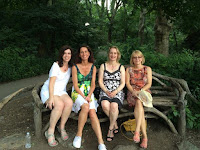 Afterwards we took to the water and a boat ride to see the Statue of Liberty and fantastic views of New York. Later we had the most amazing dinner in a fabulous restaurant, Tao, which was just the start of all our eating out!

Wednesday saw the start of the conference with the Literacy signing and with excitement and a few nerves I took my place among over 480 authors. I've since learnt that a staggering $48,789 was raised in those two hours. 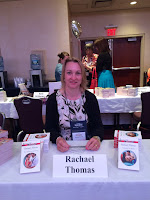 One of the best parts of the conference was meeting with other authors, authors whose books I've read and enjoyed so many times. I've made new friendships and was also excited to meet up with other SYTYCW contestants from the last few years, including 2014's winner, Amanda Cinelli.

The highlight was of course the Harlequin Black and White Ball and here I am with other Harlequin authors all set to go to the Ball. 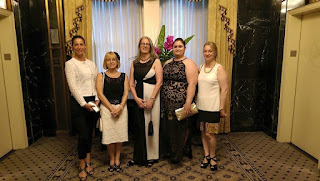 Then came the RITA and Golden Heart Awards and it was really wonderful to be there to see Susan Stephens give the most amazing speech for Carole Mortimer who was being presented with RWA Nora Roberts Lifetime Achievement Award.

Sadly the last day arrived so we spent it sight seeing once again and we headed up to the 86th floor of The Empire State Building to enjoy the amazing views of New York and a walk on the High Line. 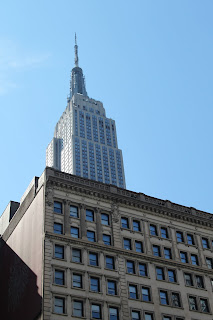 Now, with a deadline on the horizon, it's time to get back to work!
Prev Next