Published: 21 November 2015
I'm back at my desk after a few days away, where I braved the disruption on the rail network following storm Barney and made my way to London for theRNA's Winter Party. I arrived in London much later than planned, but at least I did arrive in time for the party, which I started in style with a glass of bubbly with fellow Write RomanticHelen Rolfe. 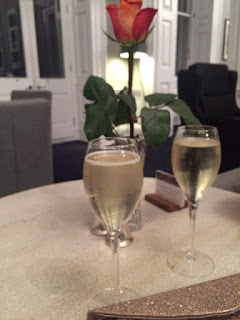 From the party I headed back out of London and to a friends house, where I spent a few days catching up and visiting Christmas Fairs at the local historic houses. 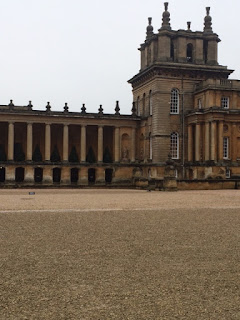 As it poured with rain we arrived at Blenheim Palace where we enjoyed the magnificent building which featured in the new James Bond movie Spectre. It's easy to see how this vast and ostentatious building can lend itself to a movie such as Bond - which is still on my list of things to do!

After that we enjoyed the Craft Fair and indulged in some Christmas shopping as well as plenty of chatting over coffee!

The stalls there ranged from seasonal decorations, to paintings, to clothes and hats. There was of course food, where Christmas cakes and puddings were on display. 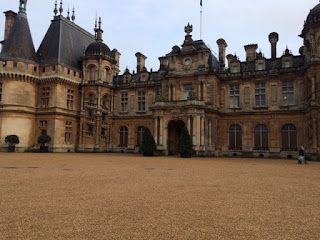 From there we made our way to one of myfavourite historical houses, Waddesdon Manor, where we sampled the delights of their ChristmasFair. 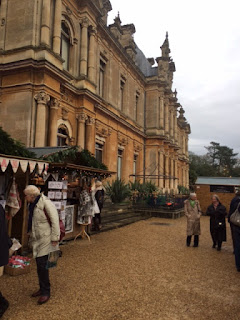 After a wander round the stalls we headed in for coffee and cake and by the time we came out it was dark and the full glory of the Christmas lights were on display, making me want to rush home and decorate the trees on the farm. 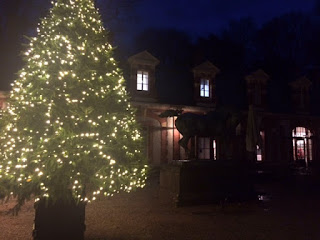 By Friday I was back on the train and passing the time by writing and this time the journey went smoothly.
Prev Next