Living the High Life - for a day or two!

Published: 22 May 2016
Thursday last week was the Romantic Novelists' Association Summer Party in London and the annual award of the Joan Hessayon Award, for which several of my friends were nominated, but as usual I was too busy catching up with friends to take photographs. 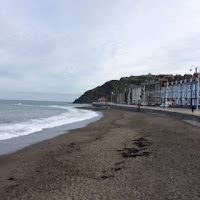 I left home early on Thursday and after a quick walk along Aberystwyth sea front, caught the train to London. Quite a few hours later, I emerged from London's underground to the bustle of a city I love visiting. 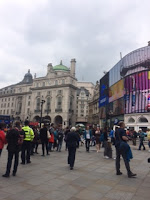 Quite a contrast from the town I left behind, but there is so much to see and do in London that I never quite know where to start first.

My stories are full of glamour and London always gives me the opportunity of seeing a glamorous city in action. From chauffeur driven cars to the gorgeous shops, it's all very different from rural Wales. This time myself and a few friends had afternoon tea before the summer party -  yet more research!

On Friday morning I set off for a walk in St James's Park before heading back home on the train. At first it was peaceful and quiet and I enjoyed watching the pelican's on the lake. 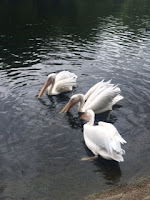 Then everything changed as the Queen's Guards made their way to Queen's Guard Parade to the sound of their band. 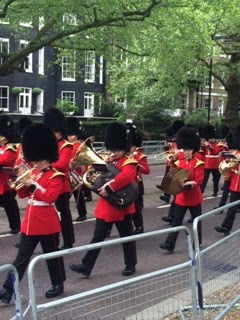 All the excitement made me wish I was staying in London a little longer. Maybe next time!