Published: 28 September 2016
I've often taken the train from my local town, along the Towy estuary and looked at the castle opposite, standing rugged and proud over the ever changing waters. Over time, it's gone from the fortress it was intended to be to ragged ruins which hold the secrets of the past 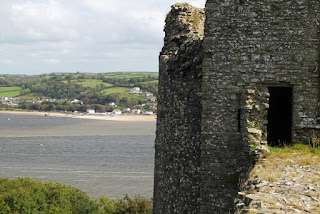 I've just finished reading Barbara Erskine's Lady of Hay, 30th anniversary edition, a story set partly in rural Wales in 1200's and the images she created of the castles of Wales then, some only just being built, meant I just had to go and explore one. So, I chose Llansteffan Castle and instead of looking and wondering from the train, I took myself, armed with my camera, for a closer look.

I was on the opposite side of the water, looking out from the stones laid many years ago and luckily it was a nice day. The exposed position of the castle wouldn't make for a pleasant visit on a windy and wet day! 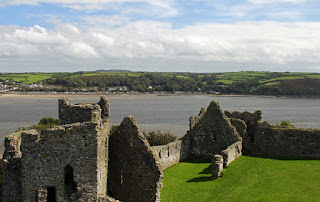 I always wonder about the people who made such a place home and try and imagine how it would have once been living within the castle walls. 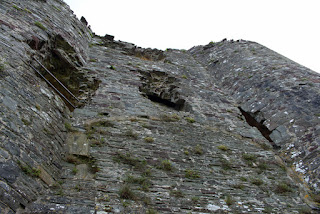 I'm sure it would have been much better than being on the outside looking up. 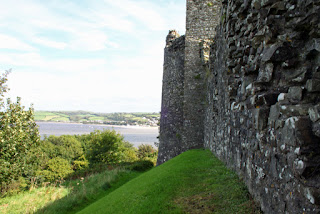 Now that I've satisfied my curiosity and seen the castle, it's time to get back to some writing.